Today was one of the hottest, most exhausting, most enjoyable days ever.
My lovely Twitter and now real life friend, Sophie is an interior stylist and we've been plotting and planning to have my house featured in a magazine for quite some time. So much so that it was hard to believe that his day had come.
Today was Shoot Day.
Originally the house was to be featured in Ideal Home Magazine, but since then they have launched a new magazine, Style at Home and that's where it's being used for. 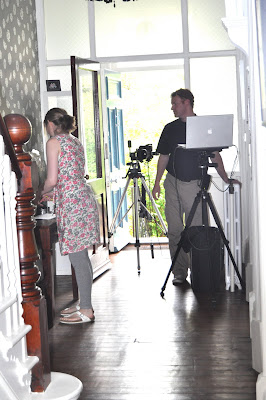 I spent most of last week getting ship shape (hence the big studio and Ruby room tidy up) and doing all those finishing touches to the house that had been needing to be done for months. I wasn't entirely sure even then that the house was ready, and I was incredibly worried about today. 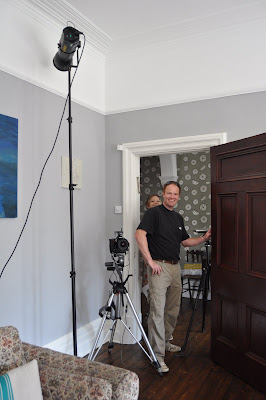 All the negative feelings and worries were very swiftly dissipated when Sophie and her fab photographer, Oli turned up this morning.
Whilst Sophie spread her magic touch around my house, moving things here there and everywhere with her clever eye for detail, Oli and I were enjoying Hampton talk - it transpired that Oli lives a stone's throw from where we lived in London. 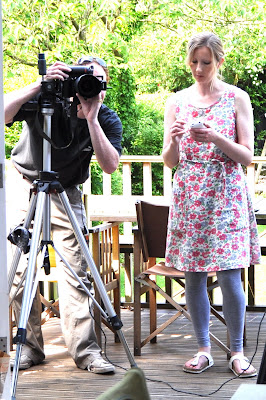 Whilst today was incredibly hard work, the most of it obviously done by Sophie and Oli, it was also, as I said, one of the most enjoyable. The sunshine made it incredibly exhausting, but also shed a beautiful light on the rooms (at least it looked like it from the sneaky glimpses I got from Oli's amazing shots.) 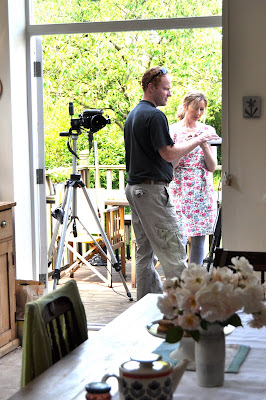 The house is due to be featured in September's edition of Style at Home, due out at the beginning of August. I know...so soon! I was nervous about today and am equally nervous about that, despite being very confident that Sophie and Oli have done an amazing job.
Posted by Karen Lewis Textiles at Monday, June 27, 2011

First of all love your new web header and photo, have been a follower for a while. Congrats on the feature I think we get this magazine in Australia also so will check it out Cilla Rule

Ooh fab. Can't wait to clap eyes on it!