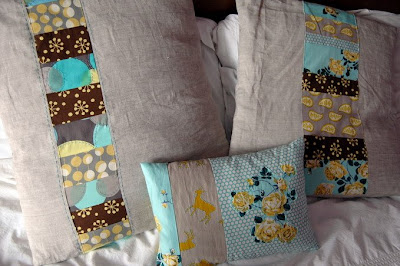 I for one have been really pleased that it's rained on and off all weekend (sorry!). We were going to go for a family day out on Saturday but decided we couldn't face dodging the rain clouds.

Consequently, I got plenty of time to make the other 2 cushions I wanted to. Having made the first, I had a feeling it was going to be case of one of those jobs that never got done, as far as the other 2 were concerned. On this occasion, I was well off the mark and got not one, but 2 completed. The secret was to do Matthew's first and then still wanting one for myself, I'd have no trouble to be motivated to do that! 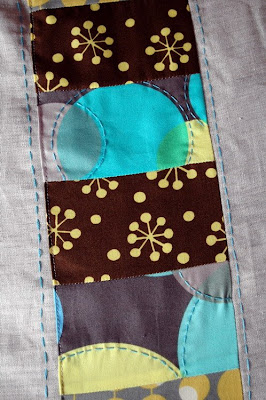 I included Matthew in the decision process (or so I'd like hime to think) and let him choose fabrics to be included (within the design frame of course) I think he is pleased with it. But his first (and continued) reaction was 'Where's my squid?' I think we all know that the squid was never going to make it. 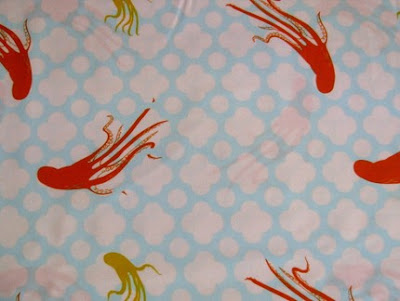 As for the fishies he was so desperate to include... there really was only one place for these... 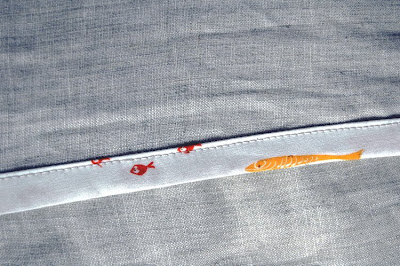 Mine obviously had to include Social Climber. I'm now waiting anxiously for my aunt to come over from USA in a couple of weeks, with reinforcements of this that I've ordered from Cia's Palette as I'm now all out. It also had to include the fabulous paisley from Prints Charming (next project is to use the gorgeous blue and red version) 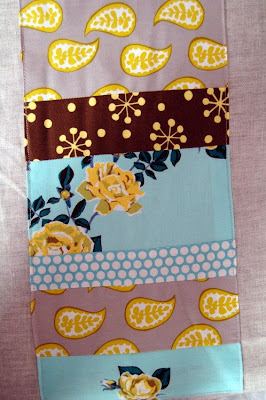 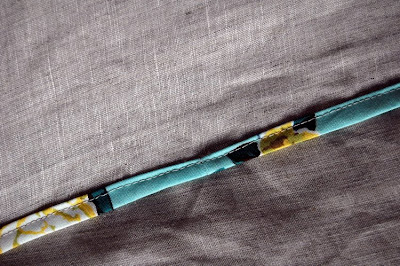 Having completed our bedroom cushion project I am on a mission to redo ALL the cushions in the house! (Ruby has already put her orders in) I've also been rather preoccupied with thinking up children's designs for the shop. So watch this space...this is just the beginning...
Posted by Karen Lewis Textiles at Monday, May 18, 2009

Wow you have been productive!

Yeah! I am next on the list please! x

i love the one with the deer fabric !!

Isn't that 'social climber' fabric fabulous! Love your cushions would gladly have them on my couch :)