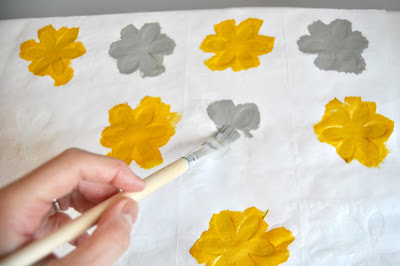 After the busy weekend I spent some time yesterday fulfilling my obligation to Handprinted: a fabric swap, that Leslie over at Maze & Vale had organised.
Calling it an obligation makes it sound like it was unenjoyable, which would be so untrue. It's more that I had signed up, I had committed, I had to fulfil that commitment come what may. 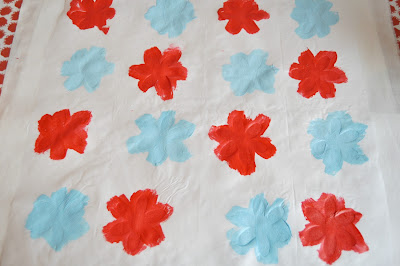 I had so many different ideas with what I wanted to do, but unfortunately time was not on my side. The pieces were supposed to have been mailed yesterday and actually, I'm damned pleased with myself that, only a day late, I am back from the PO having mailed them! 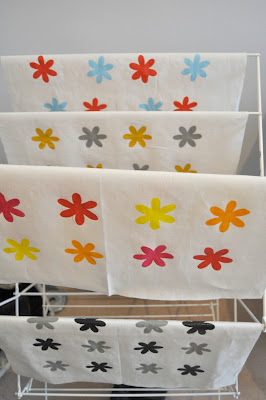 The 'brief' was to produce a Fat Quarter - or thereabouts - of hand printed fabric. Naturally I was planning on screen printing something, but as I said, time won on this one and I didn't manage the time in the studio. 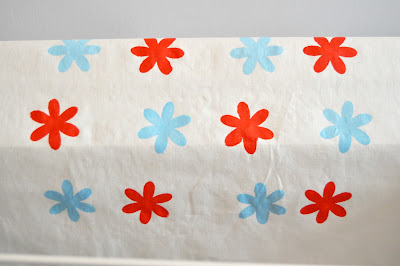 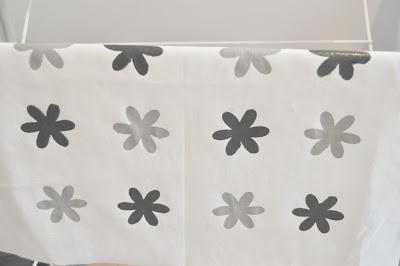 With my die cut flower to hand I set to work with cutting out flowers on the freezer paper with my new Big Shot machine (more on that another day...including a fab giveaway...watch this space...) 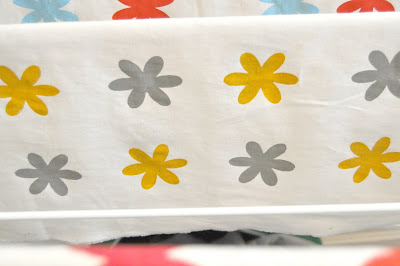 Then it was a question of producing a piece to each of my group's preferred colours. I could have done them all the same. That would have been so much easier.
But when did 'easier' = 'more fun'? 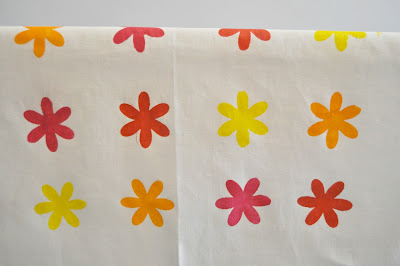 So here we have 4 different panels heading off to Australia, Canada and the US, hopefully to be used in all sorts of crafting projects. I can see them being used as a big pillow front, or maybe cut into individual patches for embellishing.
Who knows? But it's going to be fun waiting to see ;-)
Check out what everyone else has been up to here.
Posted by Karen Lewis Textiles at Tuesday, November 15, 2011

i'm loving the color combos! and i'm going to have to try the freezer paper method...

Can't wait to read about the Big Shot machine as I'm getting one for Christmas. Love the fabric panels.

Loving the grey and grey and yellow and grey particularly ! But they are all lucky people to be getting your fabric - I know!!

I love all the colour combos. Probably the red and aqua most, though! :-) This really sounds like such a fun swap! And exciting to see what others will make with your fabric! Thank you for your nice comment on my blog! :-)

It may be a simple idea, Karen, but it's so effective!
I love the colours you've used too :) Kx