Sometimes Half Terms have a habit of working out just right. Sometimes they are a right pig's ear with all the juggling that they entail. Quite honestly I wasn't overly looking forward to this one (ok, dreading is a more accurate word) as Ruby was off this week and the boys next week, so not just one but 2 weeks of interruption and juggling. 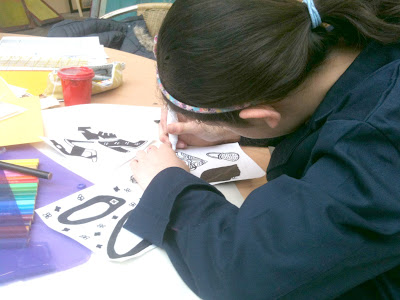 However it has turned out to be one of the nicest Half Terms we have had in a long time. I think it has actually helped that the boys weren't around this week. Ruby and Noah love each other to death but bicker with the same intensity too, so often it's very wearing having them both around together. 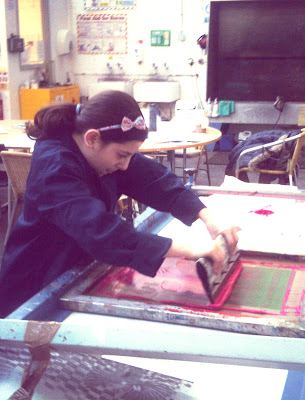 Because I knew that Ruby was going to be around by herself I planned something for her every day, whether it was going to a friend's, having a friend here or us doing something for part of the day. I even took her to Build-a-Bear goddammit! 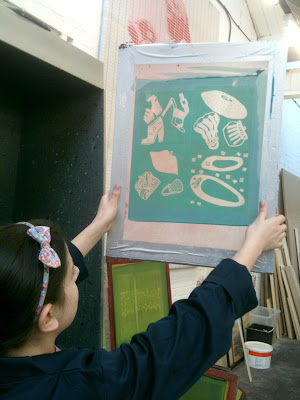 Being organised definitely helped with the guilt and juggling. Often, if work demands it, Ruby can be ignored for the day leaving the TV as her playmate or, worse, us both rubbing each other up the wrong way because I have to work and she, understandably, wants to play. 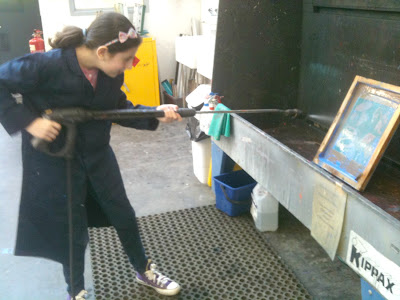 One such activity I had up my sleeve was to take her screen printing. Genius...win-win for both of us! Not that I was going to get any of mine done, but at least I was somewhere I enjoyed being, unlike the afore-mentioned B-a-B... 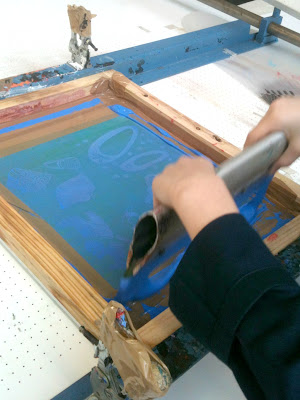 She absolutely loved it! Not only did she absolutely love it and was pretty good at it too, but she relished every little process, from the designing, to the preparing and cleaning her screen, to, of course, seeing her end results. 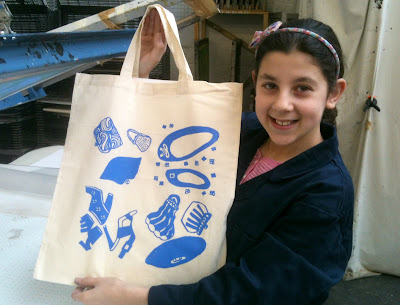 Well done, Ruby, you were an absolute star...let's do it again very soon!
Posted by Karen Lewis Textiles at Thursday, February 16, 2012

oh what a fun day! she looks like she had a great time and was very proud of her creation!

That is so fab

That looks like so much fun. I would love to do that!

Also I'm holding a swap on my blog. If you're interested feel free to check it out =D
http://ibescheraldine.blogspot.com/p/swap-time.html"

She has aced this - move over mum!

What a great thing to do together! What a lucky girl Ruby is :)