With Home & Gift being at the end of this week there were a few things that I wanted to do by today or, let's face it, they weren't going to get done until after the show. Or about a week after the show, after I've managed to scrape myself off my floor and am fully recovered. 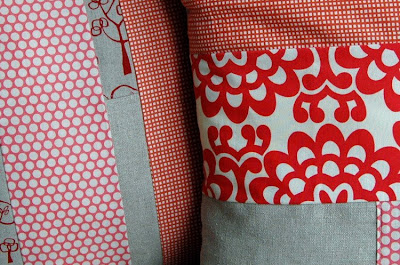 One of the things on the list was to blog. I've done a couple of pathetic 'hi, I'm pretending to be here' posts over the weekend, but I was aware that I've been keeping a bit of a low profile here. So that needed to be put straight. 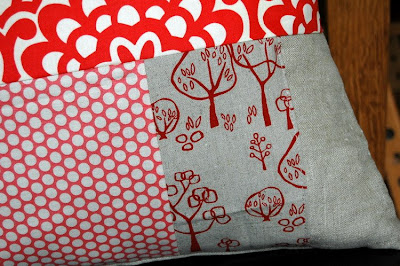 The other thing I was determined to do was to finish the cushions my sister had commissioned me. I know she's going away on Saturday and I know I wasn't seeing her until she got back and so that could have been a post show item but, as I mentioned before, by the time I've done the show, recovered from it, there will be so many more pressing things that have built up. 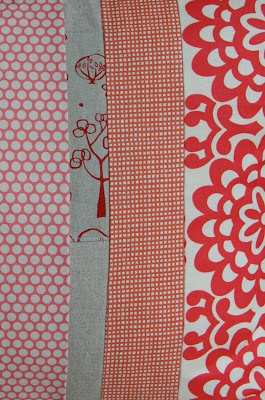 So last night whilst twittering away to some of you lovely people (thanks for keeping me company!) I finished off her second cushion. I'd given her a glimpse of the first. She loved it. She said she'd like the second one to match but not identical. Well, duh. 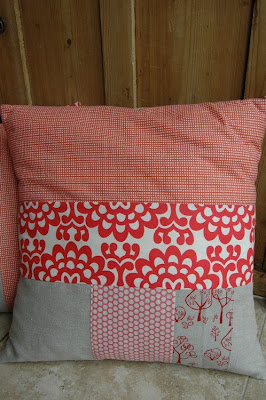 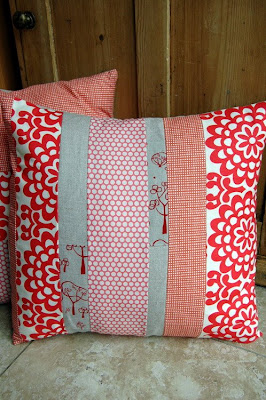 Matthew, however prefers the first. The fact that his first reaction was 'wow, are they for us' is compliment enough for me. And hopefully my sis will feel the same. 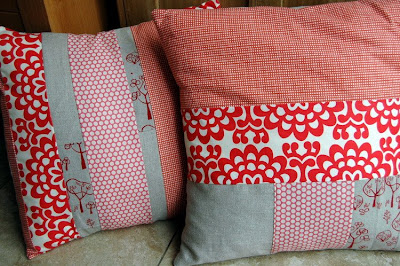 Lovely cushions - and I love the bunting in your header - I just put some bunting on my blog! It must be a bunting time of year.

Love the cushions the fabric is beautiful. Where do you source your fabrics from?
Sophie xx

I adore these cushions Karen...the little peek of those of Paper and thread trees is perfect.

These are fabulous! I hope your sister is thrilled with them - if not, keep them for yourself!