The greatest city in the world?

We are back from our mini travels around New England (and New York, for those American's amongst you who will correct me!) Matthew and I used to do a lot of travelling in our former life before the kids. We did our mammoth and unforgettable 7 month world tour a little while after we got married. This is the first 'travelling' we have done withe the children. Usually summer holidays are gites in France or other equally beautiful and relaxing places. So I'm not sure we were mentally prepared for travelling with kids. It did take a while for us all to realise this holiday was a little different from what we normally do. There was no pool to dive into 24/7 . There was generally one room, 5 people and a lot of baggage.
But what better introduction to the world of travel for the children than New York City. Home to the Yellow Taxi (albeit a new modern version Matthew and I were initially saddened to see). The New York Yankees. The Empire State Building. The Statue of Liberty. All of which and more had to be fitted in to our brief 2 and a half day stay. 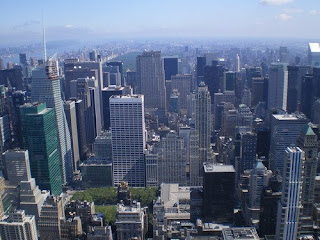 This city has such energy and charisma that you can not fail to be moved by it. And we were delighted that the children marvelled at it as much as we do. Noah particularly spent the whole time going around saying 'We are in America! We're in NEW YORK CITY!' 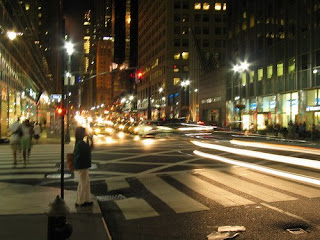 We had such an amazing start to our trip. It was wonderful to see everything through the children's eyes. I, in particular, am very fortunate to have had numerous trips to The Big Apple. But to go there with the children was truely magical. 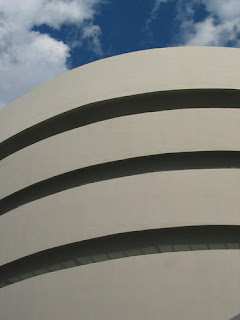 It's definitely one holiday we won't forget in a long time. 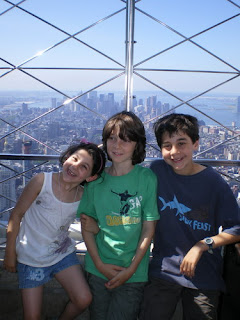 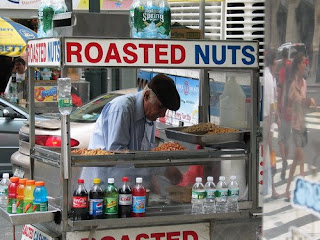 And if you happen to find yourself lucky enough to be here, you HAVE to seek out the very special Burger Joint at the Parker Meridien Hotel. The best burgers in town in a very surprising venue. 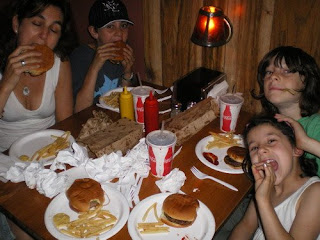 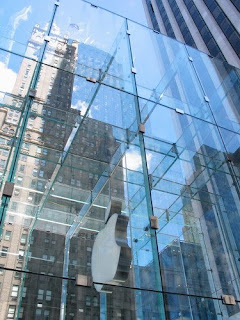 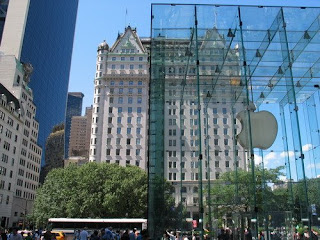 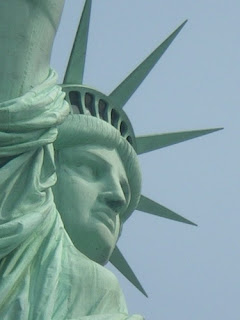 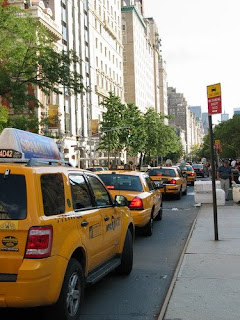 And thank goodness...thank goodness for them so I didn't complain...thank goodness for me that I didn't miss out...I managed to get a trip to the best fabric store IN THE WORLD.
Purl Soho is not only a feast for the eyes (oh my word, I had died and gone to heaven) but the cutest shop on the planet. I was very restained. Too restrained, I realise, now I am home and 3000 miles and goodness knows how many years away from this scrumptious slice of heaven. 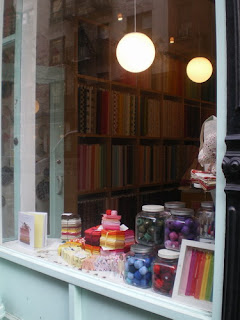 Still, my little pile of purchases are giving me so much pleasure, that it is the perfect eye candy until I decide what I am going to do with it. 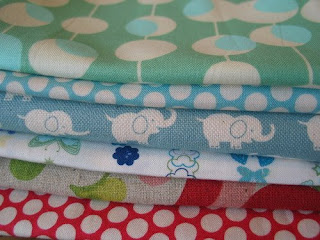 So, farewell New York City. Greatest City in the World? Oh, yes, I think so.
Next up, Bethlehem, Connecticut. And hey, guess what? A spot of blueberry picking for Blueberry Park! How cool is that! 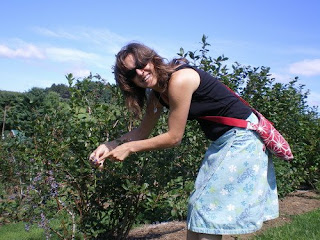 Excellent blog dude! Love that Statue of Liberty pic. Never been to NY and it all looks just like the movies!
And one day I too will visit the mecca that is Purl Soho. Oh yes.
:o)

So glad you had a good time.I think New York would be great with my girls.They would love so much.