i have been so busy screen printing recently and engulfed with the current major project that I haven't had time to do any piecing whatsoever...
none...
not one stitch. 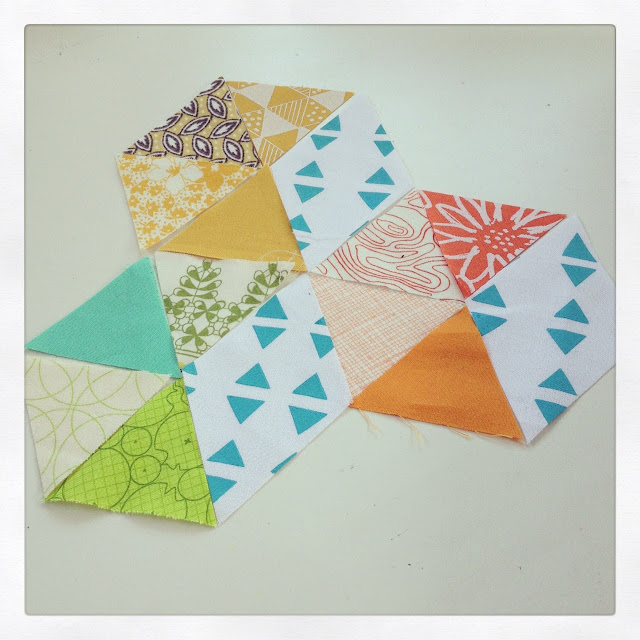 but don't worry i have made up for that this last day or two.

i got to the end of a big deadline yesterday that left vital space in my head to think about some of the projects that needed attention.

the triangular hexie project at the top was the first itch to be scratched. you know when you don't even realise things are in your head until they come pouring out? 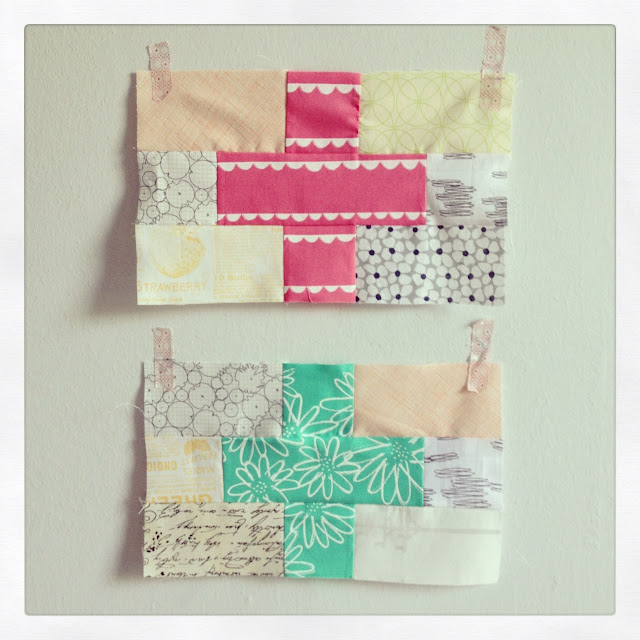 next up are my blocks for the lovely nicky.
nicky is queen bee in august for our bee a brit stingy and was kind enough to give us an early heads up what with the holidays n all.
i can not tell you how delighted i am that she did this and it has meant, having now done them, i have no bee commitments until september. thanks nicky! it leaves me bee guilt free for the rest of the summer. 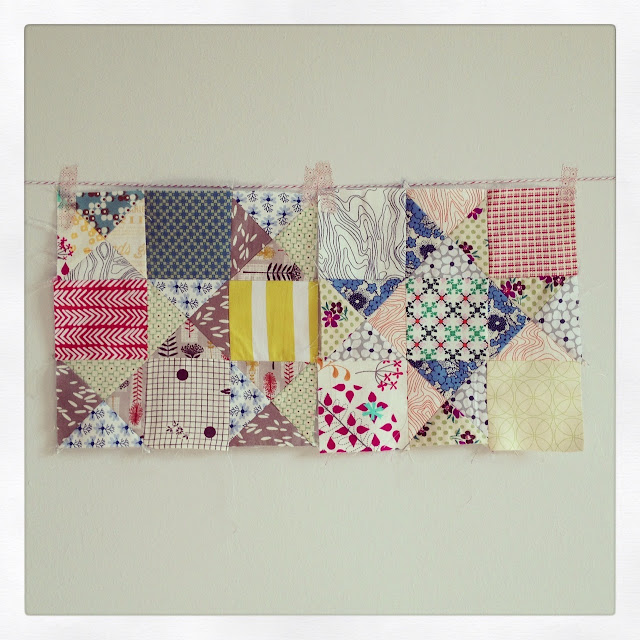 having sorted out these next blocks above for another project my head is even more free to concentrate on other things. my little head can only hold so much in it at once you know and ticking off each thing leaves just enough space to cope with other matters.

as they say...every little bit helps. (do they say that? or did i make that up? they should say that...) 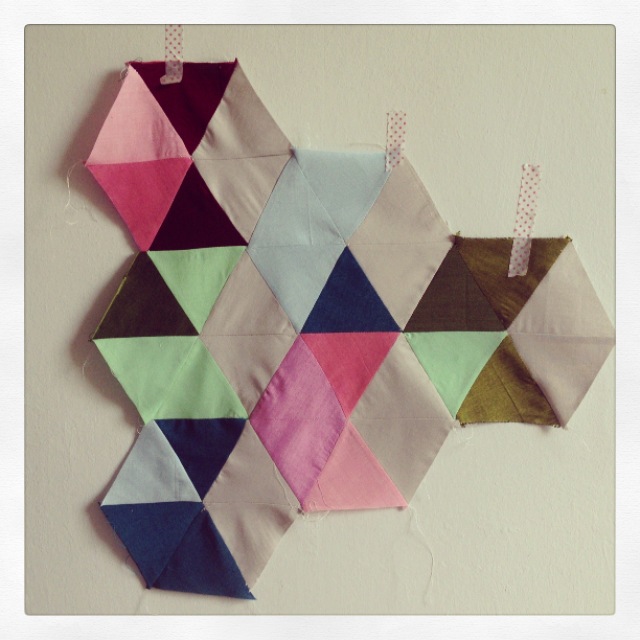 last up was further experimentation with the triangular hexies that i started at the top. it's beginning to look a little like it did in my head, which is a good thing as far what i was aiming to do. i am now awaiting delivery of the fabrics that this is supposed to be made with. another exciting project that has space to develop.

so itches have been scratched, satisfaction has been achieved, space in the brain has been created and so it is back to focussing on the major project in hand until the next little creative time out.

Well these itches have to be scrated and these blocks and projects are beautiful!

Love my blocks Karen! You are always so quick to get your blocks done!

Am also doing triangles and hexies - mine are big and being made for me too - which helps!

Love my blocks Karen! You are always so quick to get your blocks done!

Am also doing triangles and hexies - mine are big and being made for me too - which helps!