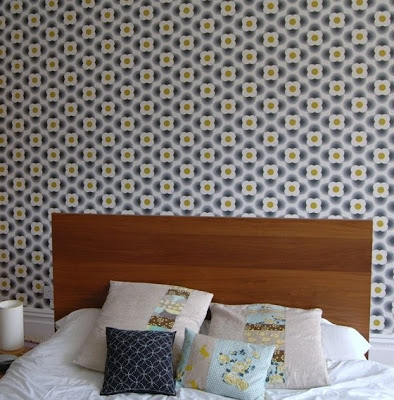 As you well know we have finally been getting on with the pretty stuff after the mayhem of putting the subsidence back together. And as you well know Orla has been featuring rather heavily in the whole process. 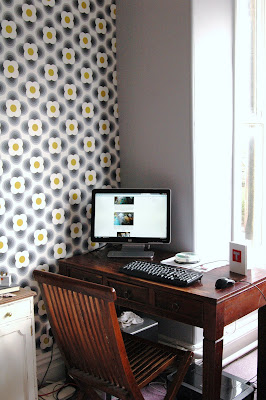 I didn't really mean for the house to turn into quite such a homage to Orla. But in many ways it does mean there is some unity to the house. It feels cohesive. 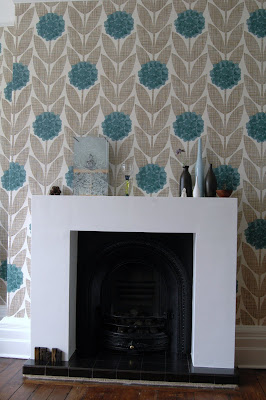 I'm not even sure which is my favourite Orla room. I absolutely love our bedroom. When we decided to use the wallpaper there, I was slightly hesitant, but it seemed like a good idea to save the compromise on style we would have had if we had gone with any of the others. And it's actually alot more restful than you would think. 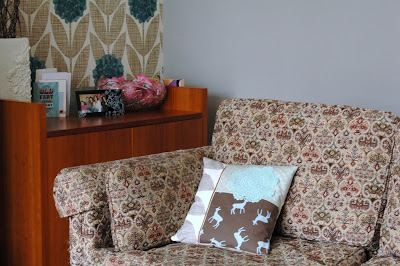 I am totally in love with the living room. Again, it works. The grey pulls the room and the house together and the wallpaper with the fireplace is just a dream. I am convinced I am in someone else's house when I look at it. 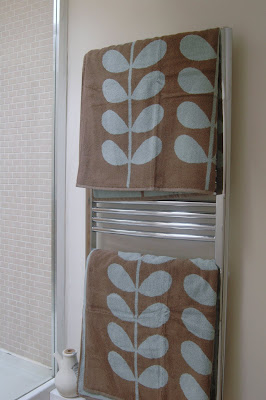 The final Orla touch is the towels in the bathroom. This wasn't exactly planned. I was buying this phone for Matthew's birthday, when I happened upon...as you do...the towels. As you can see they fit in perfectly and to be quite honest, we had been wanting new towels for ages, so it wasn't quite as impulsive as it looks. 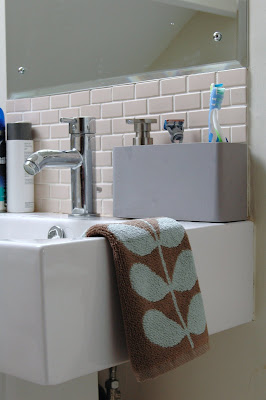 The house is just about done. The hallway is to be completed (no Orla there) and quite a few finishing touches are needed, but I promise, for those of you who don't quite share my love of all things Orla, this will be the last posting on the subject.
Posted by Karen Lewis Textiles at Friday, April 09, 2010

Very lovely and like you say, very restful. Enjoy your 'new' home :)

I love the pattern you've picked out for the bedroom - I'm not sure that my other half would like something so pretty, but it's definitely something I could live with.
You should be very proud of the finished rooms, they look lovely and homely.

ALL looks absolutely fantastic, I sooo look forward (not wishing time away of course!) to a time when the children are a little older and everywhere is not 'decorated' with toys !

It looks gorgeous. I love Orla too, and have those very same towels!

'Orla' is a new name for me, but I love those towels! In fact, there are lots of lovely things on this blog - really like your jug collection too. Best wishes, Lesley

Once again love your room so much with the bedroom wallpaper top on my list. i want it so much.

It all looks amazing! You should get a magazine to come in and do a spread and get some publicity for your website off the back of it. Especially like the bedroom wallpaper and the towels!

there is no such thing as too much Orla!