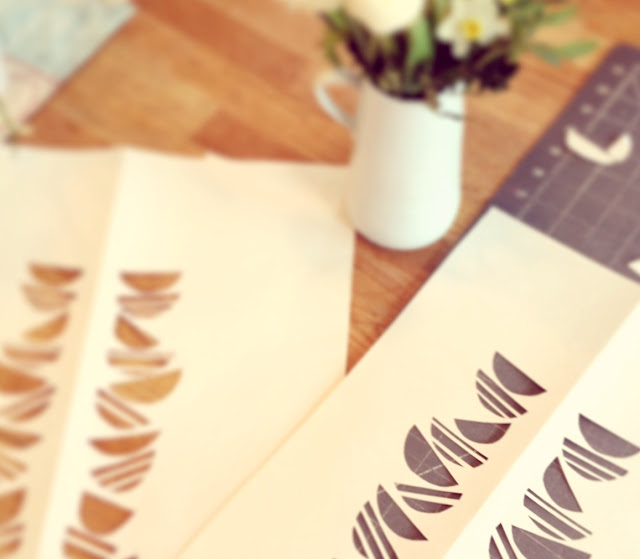 i'm trying to be disciplined and not sign up for a lot of time sapping swaps at the moment but this is one that is difficult to resist. 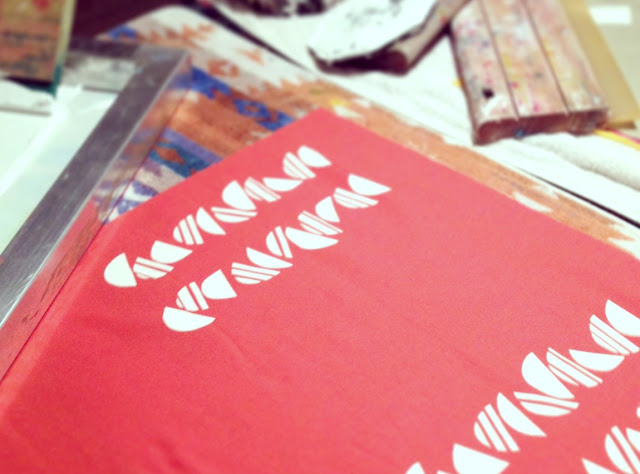 handprinted:a fabric swap lll is organised by the lovely and talented leslie and she gets a whole bunch of people involved. i actually did resist last year, but apparently the same resolve couldn't be expected 2 years running. 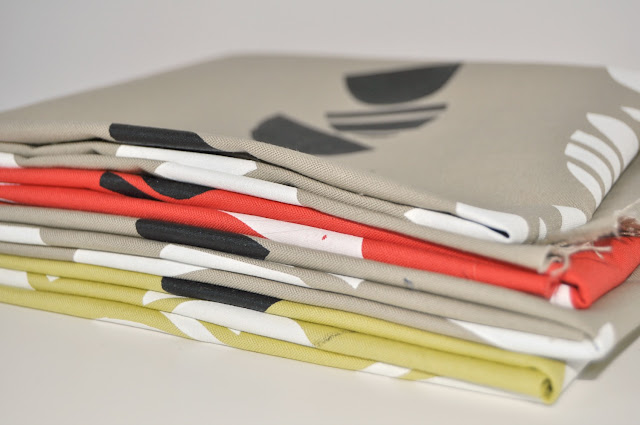 the aim of the swap is to print an fq of fabric in any printing medium you like.
rather than just printing up one of my designs i do like to produce something original for this. 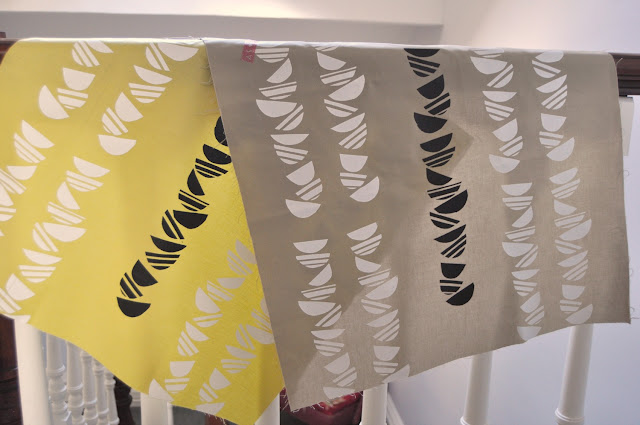 obviously just printing up one of my designs would be a lot easier and quicker but where's the creative fun in that?!
i had been thinking about what i would do for a while.
actually translate that to "i had been thinking that i really must get on with this as the deadline is approaching.
to be honest until i sat down yesterday i really wasn't sure what i would be doing but apparently i'd be cutting stacking bowls out of a stencil and apparently i would be grabbing some designated fqs and apparently i would be printing them up in 2 colours.
this does sound like a rushed job, but i guess when inspiration arrives, you just go with it. no messing. 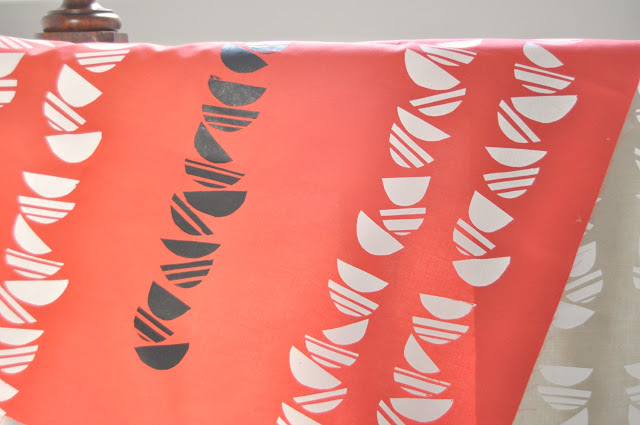 i hope the 4 members of my group jennifer, yasmine, ciana and ruth (it's not a secret swap, they all know) will like their pieces and i'm sitting excitedly awaiting to see what wonders i receive from them.

Love these Karen - they're really striking both in design and colour.....maybe you should do a limited run for your shop?!

Of course they will! I do!

These are so cute!

Love this design - I will enjoy whichever one you send!

I'm better at less structured printing, but we will see how I do tonight - I think I am making progress.