So that was the summer...

Ok, I know it isn't over quite yet, but in terms of all the work I can do before September it is, which means all those things that had to get done in preparation for the silly season and haven't, actually now won't.
Which means....aaagggghhhhhh! 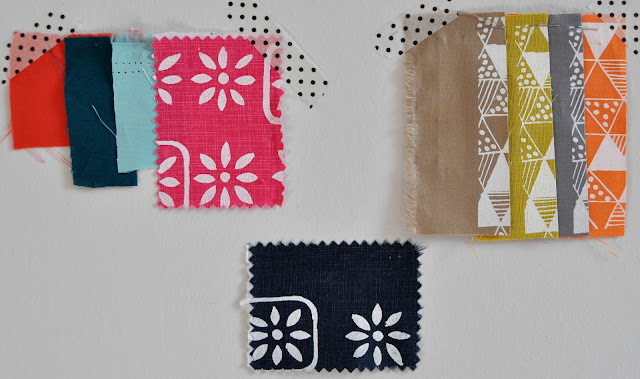 I was panicking before the kids broke up and apparently that was well justified as I got so little done. I would like to say I just about kept my head above water, but that would be a gross exaggeration...just about avoided drowning more like. 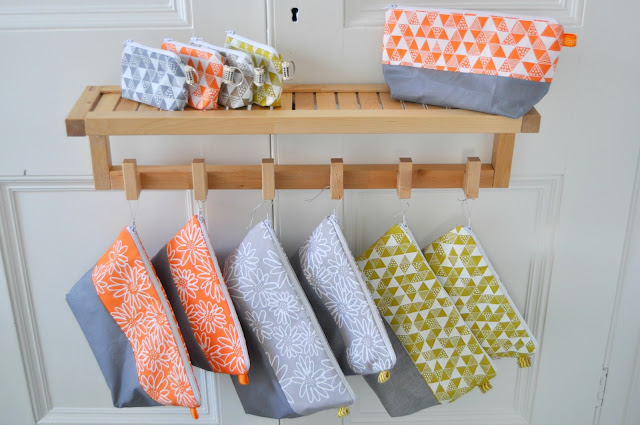 Despite not getting as far with Autumn/Winter prep as I would have liked, it is looking like with sheer hard work, grit and determination it will. (Do you like the air of positivity there?)
I have decided on the 2 autumn winter colour-ways I am working towards - Utility on the top right and Still Unnamed (let's call it Ice for now) on the left. Lists have been made, deadlines put onto the calendar. Crikey, I am so ahead of the game, it's frightening. (see what I'm doing with this positivity thing?)
So can I go away at the weekend and not have any sleepless nights or panics because everything is so in control? As we would say in Yorkshire...
Can I 'ecky thump!

P.S. After various suggestions Still Unnamed (thank you everyone who sent me alternative names - and still thinking that is a rather cool name - think it may have to be the name of my first fabric line...) will henceforth be known as Frozen Berries - thank you Charlottte - genius!

Keep going Karen! - looks like you're working really hard. Trying to do anything with children in tow is hard and you're managing to make Blueberry Park a big success. Enjoy your weekend, it looks like you deserve a rest!

It's good to keep positive with things! I hope it all works out. Loving the handmade items. You make screen printing seem like so much fun =D

They look amazing Karen!! You really are so organised, you have no idea how incredible it looks from here! :) Have a lovely weekend away. Kx

ha! frozen berries! that is perfect! i love them both!

I know the feeling. Not getting enough things done is kind of my thing. :)
But hey, what you've accomplished so far looks great! And Frozen Berries is a truly amazing name.

I wanted to write you because sometime ago you asked me where could you buy my illustrations (one better have good memory about things like that!), and I wanted to let you know that now there are a couple of places where you can get them.

I also sell patterned fabrics and illustrated textiles, but I don't think you would be interested in any of that. ;)