in further preparation for saltaire makers fair at the weekend i went to our local fabric mecca in search of some much needed supplies.
i wasn't sure i would get what i needed as it's a bit of an aladdin's cave and can be hit and miss. i knew what i wanted to make but quite what i would come home with to make it was all part of the thrill.

i came home with this pile of beauties...amongst other things...ahem. 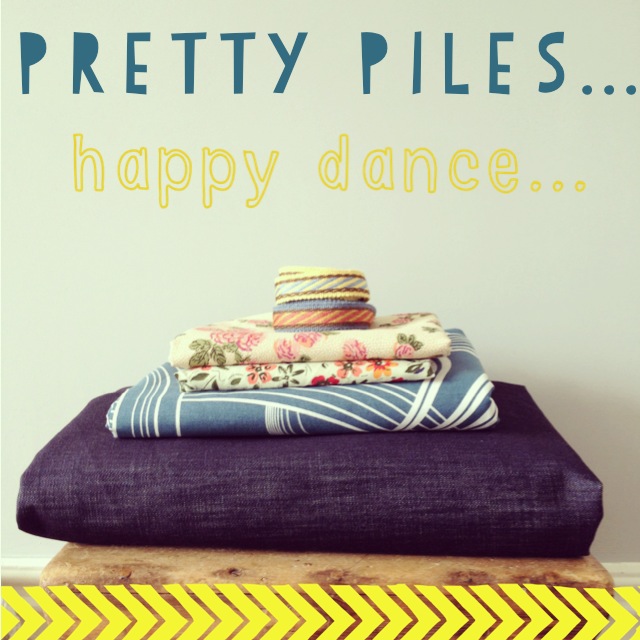 the denim is the most wonderfully soft indigo denim by designer paul smith no less. i wanted it to make some of these and originally bought it thinking i would be screen printing on it but actually when i had made a couple up i thought it didn't need anything adding. 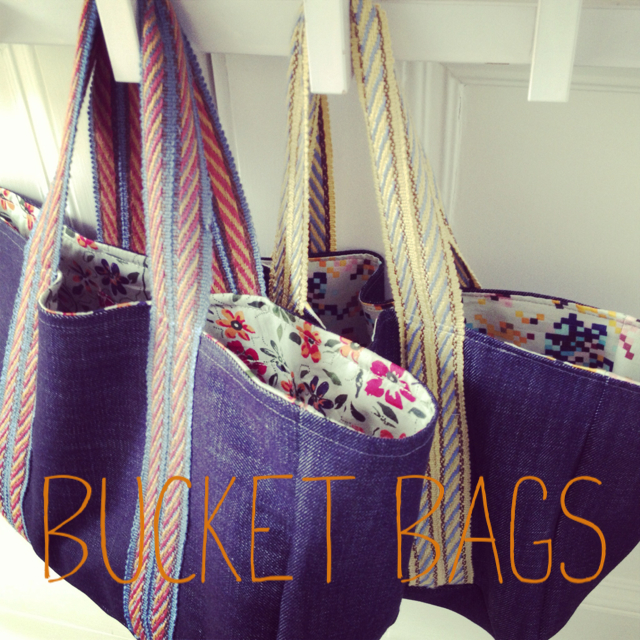 i did however get some screen printing action going with item number 2 from the denim...
bistro aprons.
i did a little IG survey...knee length or thigh?
the overwhelming consensus was thigh.
this surprised me somewhat as i originally made them thigh but thought it a bit short so made one knee (or slightly above)
personally i thought this was better...
more coverage...
but apparently not.
we'll see what the punters at the weekend say. 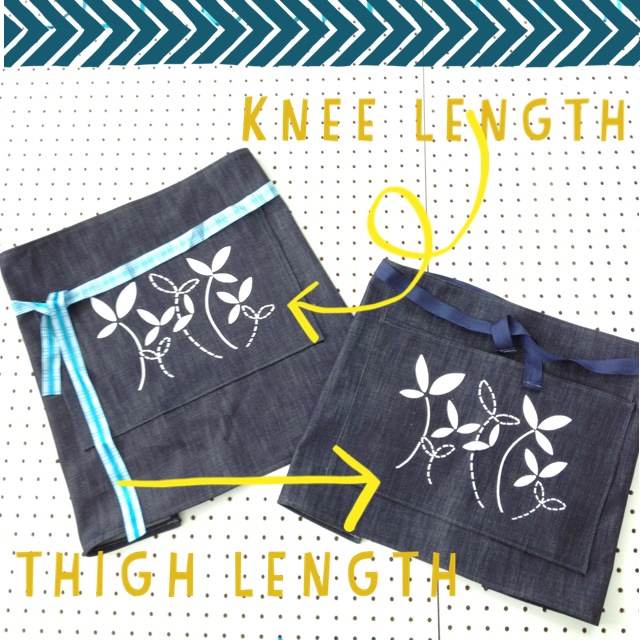 by the end of play yesterday and doing my usual IG posting as i made, i had already sold all those i had made...whoops, none for the fair.
so today it was back to fabworks for... 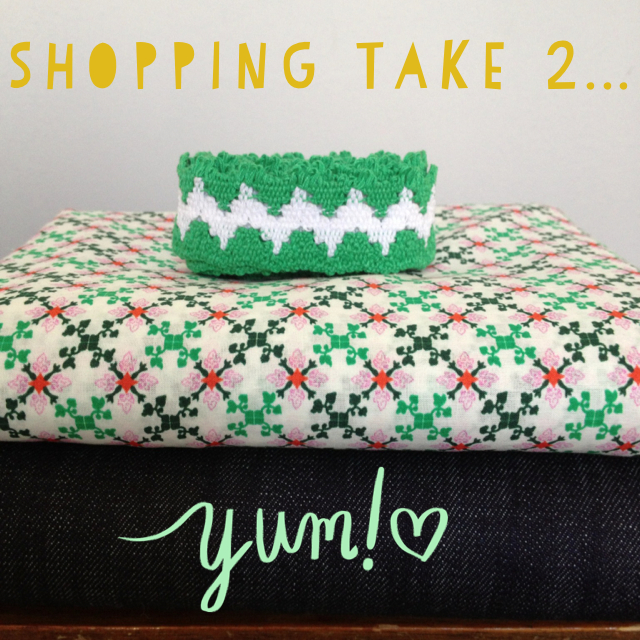 and boy was i glad i did!
check out this gorgeous emerald green braid and liberty-esque fabric...i was in love!
more denim was acquired, the emerald bag was constructed and boy oh boy i was in love! 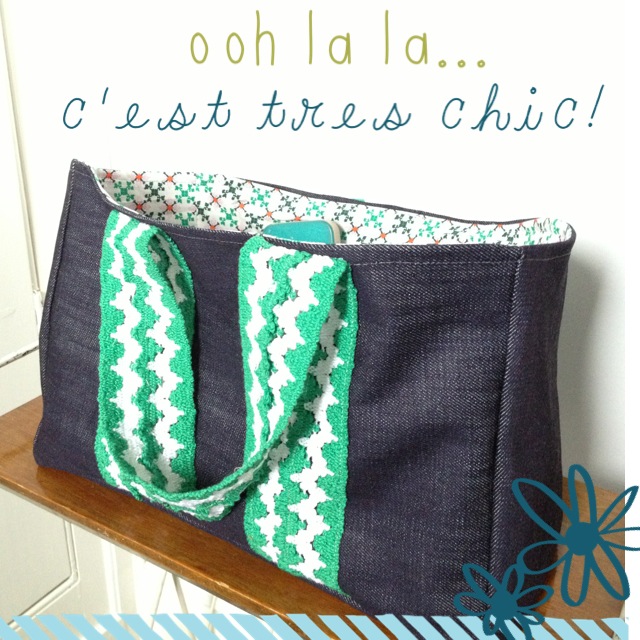 i'm not entirely sure this one will make it to the fair either...i think i'll be claiming it as mine...but the good news is that shopping take 2 consisted of enough to make a fair few more of this one...phew ;-)

Love the bags and aprons! Looks like some pretty good takes!:)

oh no! I didn't know about this fabric shop! realyl think I need a visit!

Lovely bags (where did you find that gorgeous webbing?) and fabulous aprons! I think I might need one of them! Rx

haha you are so funny! Well done on the makes and er selling??

LOVE those bags. So adorable!

Love the denim and love the bags!

Gorgeous bags - I love that denim! It'll be interesting to hear the outcome of the knee vs. thigh debate after the fair! Hope you sell everything you take and get orders for more!

Gorgeous bags, I love the way the bright fabrics work with the denim.