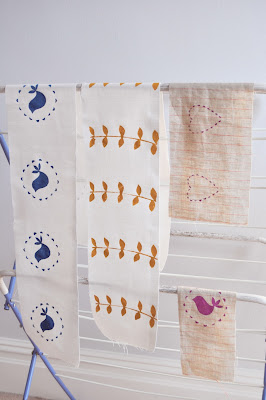 In about 10 days it's the British Craft Trade Fair and less than 10 days ago I signed up for it, which gave me at the time less than 20 days to prepare.
Quite a mountain I'd say.
One reason I hadn't decided to go before now was all the personal stuff going on here and to be quite honest the whole timing completely passed me by. 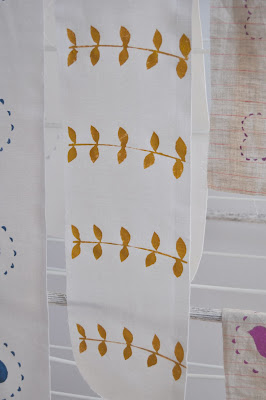 Having made the decision and been accepted (again - as I did show there a couple of years ago) it's been all systems go.
I'll be there with my Take Away Craft Kits, with a couple of new ones added, as well as various accessories that I have been working on this year. 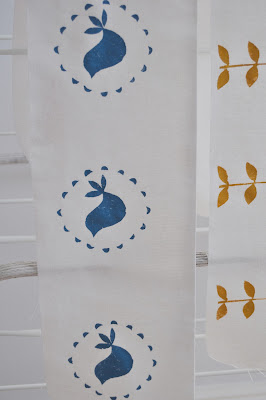 There's going to be an emphasis on hand-printed fabric to go alongside the items I already produce and it's this that I am most excited about showing and having on my stand. 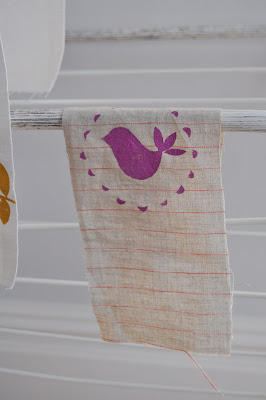 Since I was accepted last Monday I have been working like a maniac to get all the work done, so that next week I can focus on the stand itself. One of these days I'll get into the rhythm of doing regular trade shows so that it all happens as a matter of course, rather than being a starting from scratch each time. 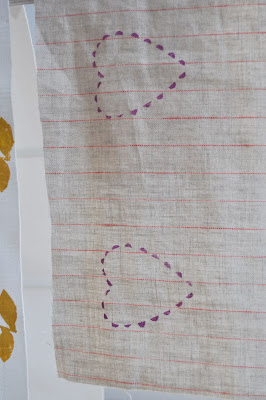 I am getting there - sort of - but there's still a lot of blood, sweat and undoubtedly tears to be had first.
Posted by Karen Lewis Textiles at Monday, March 21, 2011

Really loving what you've done so far. Good luck with the deadline!

They look great so far Karen!

love the fabrics. Good luck with it.
Gillx

I love your little birds - they are so gorgeous. Good luck with the craft trade fair - I'm sure you will do well!

Fabulous! I'm attending the fair with a view to having a stall next year - I'll look out for you. Good luck getting everything ready!!

Beautiful. I like it very much, print design and colors. Really love the graphics.