I am now the proud owner of this... 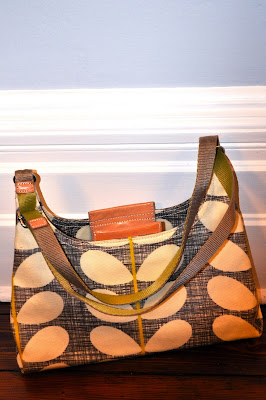 I have been after an Orla bag for aeons (What? You didn't know I liked Orla?) but could never justify the price tag and so have been on the lookout for one on Ebay.
There are always plenty on Ebay, but typically the ones I like always go for way over what seems to be a respectable price for a second hand bag. Also, I was pretty sure that once I had possession of one I would be wearing it to death and was consequently on the lookout for one that had one careful lady owner. 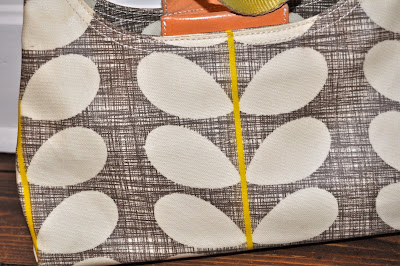 When I looked again this weekend, there it was, the style that I was most after and apparently only worn once.
Bid entered and I sat back and waited.
And as if by magic, or maybe everyone else was sunning themselves in St Lucia over half term so weren't around to bid for Orla bags on Ebay, the bid entered and I'd won!
Two days later the bag is in my possession and forever by my side. And the description of worn only once was so true as this bag is as good as new.
For the time being anyway. 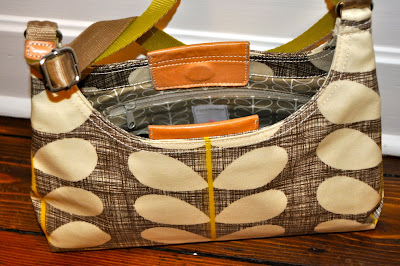 And whilst on the subject of Orla (am I boring you now?), having bought some of this gorgeous Car fabric that Manda was selling, I will leave you with a little snippet of a cushion I am in the middle of making. 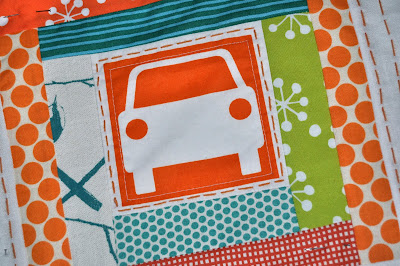 So gorgeous, I'd love an Orla bag, maybe the Christmas fairy will bring me on…!

Score on ebay! Always worth holding out. That cushion cover looks great!

Very lovely! I used to be a bit unsure about orla kiely, but enough reading of your blog and I'm feeling more than a bit converted :)

Yay - I bought my Orla Kiely bag on ebay too, much more exciting than going to a boring old shop...

Very jealous. I normally have to be dragged away from her bags when we're out shopping!

Congratulations on the new addition! ;)

I'm rather behind on my blog reading, but had to comment on this one! I too own that bag - I love it with a passion. Thankfully I don't know the original price as my husband bought it for me. It goes with everything! btw have you see Orla's fab book - Pattern. It is gorgeous and beautifully written - The Book People are selling it at £9.99 just now!