Having been enjoying the beautiful weather this weekend and sitting on the deck more than of late, I realised that the covers to our chairs were in serious need of replacement...and quickly...we have guests, lots of them, coming at the weekend and as you can see, these really wouldn't do. 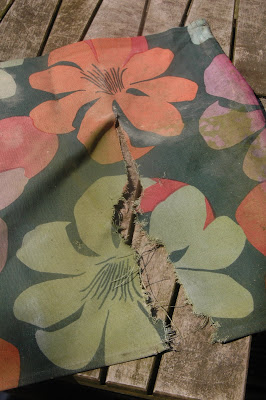 We have a To Do list longer than the longest thing on the longest day in preparation for this weekend. I'm knee deep in pompom and paper lantern making, as you well know, so you'd think way down on the agenda would be recovering the deck chairs.
Apparently not.
A swift run up to the studio to see what suitable fabric I had transpired in recovering in this lovely fabric. Although not long enough later (5 mins? maybe 10) and the little bottom in the house had already torn it. Apparently it wasn't strong enough. 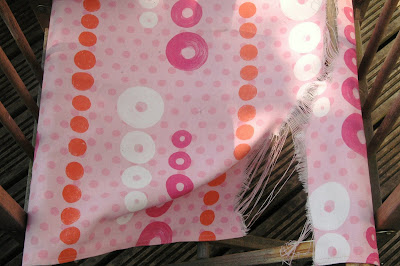 Many frantic tweets later trying to source fabric that I could get in time to make some more suitable covers in time for the weekend, a light-bulb moment occurred. We bought the chairs from Habitat. Habitat do replacement covers. I could be there and back within an hour. 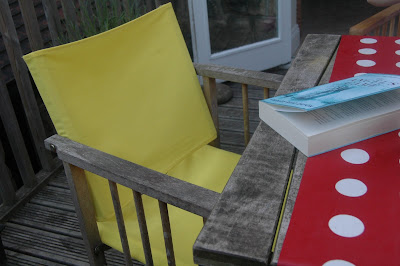 And I was. With 2 sunshine yellow and 2 smart charcoal grey covers. Thank heavens for a bit of sense and quitting whilst I was behind. What a smart move, you could have course made them but sometimes it's more productive to spend your time elsewhere!
They look great love the grey and yellow combo.

Good choice, I agree that sometimes you have to spread your time wisely..

I love a happy ending :) I was going to suggest Ikea fabric but these are far superior (ie you don't have to sew them!) Have a fabulous weekend Karen. Kx